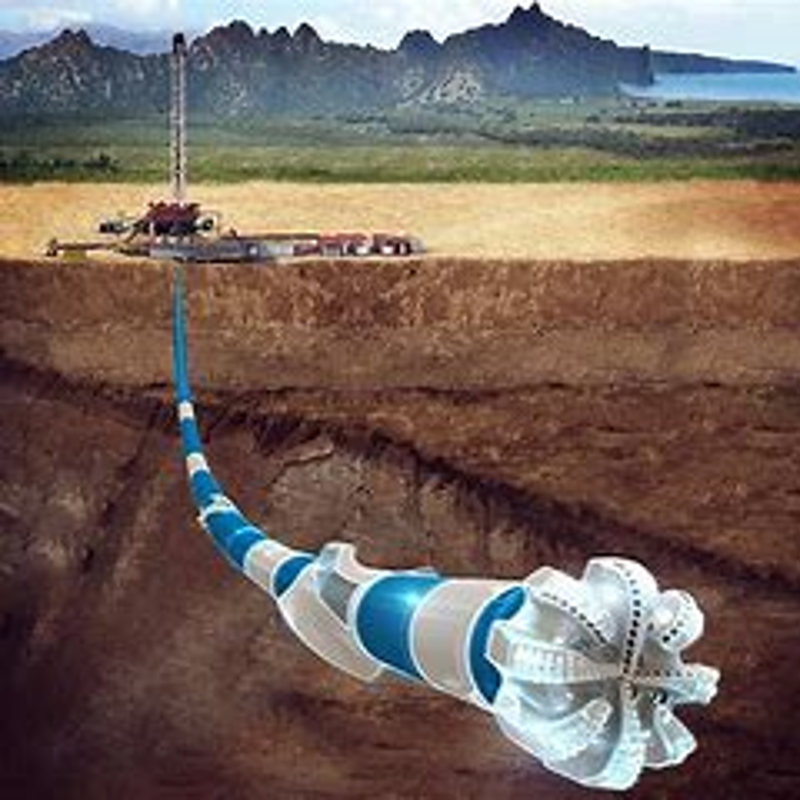 The intentional deviation of a wellbore from the path it would naturally take. This is accomplished through the use of whipstocks, bottomhole assembly (BHA) configurations, instruments to measure the path of the wellbore in three-dimensional space, data links to communicate measurements taken downhole to the surface, mud motors and special BHA components and drill bits, including rotary steerable systems, and drill bits.

The directional driller also exploits drilling parameters such as weight on bit and rotary speed to deflect the bit away from the axis of the existing wellbore. In some cases, such as drilling steeply dipping formations or unpredictable deviation in conventional drilling operations, directional-drilling techniques may be employed to ensure that the hole is drilled vertically

By pumping mud through the mud motor, the bit turns while the drill-string does not rotate, allowing the bit to drill in the direction it points. When a particular wellbore direction is achieved, that direction may be maintained by rotating the entire drill-string (including the bent section) so that the bit does not drill in a single direction off the wellbore axis, but instead sweeps around and its net direction coincides with the existing wellbore.

Rotary steerable tools allow steering while rotating, usually with higher rates of penetration and ultimately smoother boreholes. Directional drilling is common in shale reservoirs because it allows drillers to place the borehole in contact with the most productive reservoir rock.